This webinar discussed ethical guidelines for journalists when reporting on victims and survivors of human trafficking, sexual exploitation, and labor abuse. It also explored the possibilities to collaborate with civil society organizations that share the goal of ending modern slavery. Speakers included Aidan White, Charles Autheman, and Wahyu Dhyatmika.

Human trafficking is one of the three most profitable criminal activities. In this framework, making assumptions about victims of exploitation could be discriminatory. For that reason, journalists need to search, dig and examine these cases being careful about the victims' and survivors’ testimonies.

In order to give journalists the tools to do so, we prepared this training focused on ethics in journalism that will be useful, especially when building rapport with victims and survivors of modern slavery. As a plus of this webinar, we also counted on the participation of Civil Society Organizations who are the ones setting the agenda to prevent and end modern slavery. With their participation, added to the work of journalists, the expected impact is that the prevalence and scope of modern slavery in Asia and Europe would be reduced.

Addressing modern slavery through media coverage could provide a stronger foundation for de-normalizing the conditions which allow human trafficking to occur and greater confidence for those wishing to report abuses.

This webinar was produced by Journalismfund.eu’s Modern Slavery Unveiled programme. 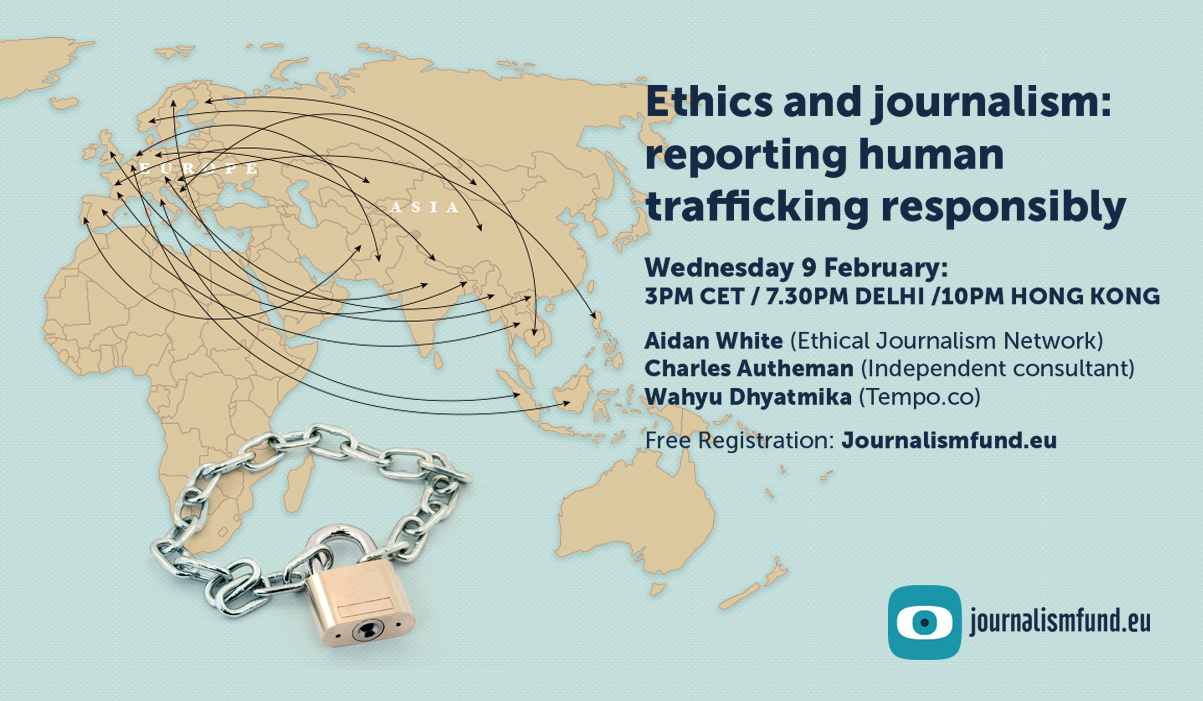