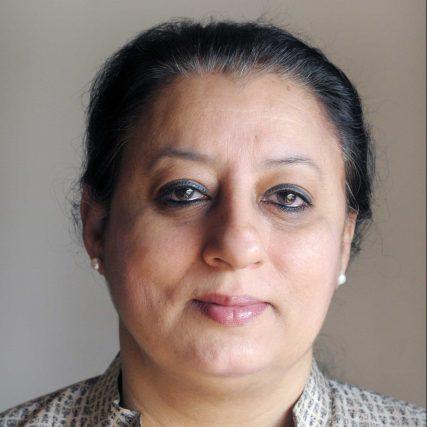 Ritu Sarin was a juror for Journalismfund.eu's Money Trail grant programme from 2018 until 2021. She is Executive Editor (News and Investigations) at The Indian Express group. Her areas of specialisation include internal security, money laundering and corruption.

She is the author of two books, the last being one on the Panama Papers investigation in India, published in 2019.

Sarin has been recipient of the 2007 Ramnath Goenka Journalist of the Year award. In 2011, she received the Prem Bhatia award for best investigative journalist and in 2017 she along with members of The Indian Express team received the Ramnath Goenka award for investigative journalism for the Panama Papers. In 2018, she was awarded the prestigeous International Press Institute (IPI-India) award for excellence in journalism, to be followed in 2019 by the Red Ink award of the Mumbai Press Club for the Implant Files investigation.

The grant programme is a great opportunity for more and more journalists to experience the challenge of cross-border investigations. The jury has decided on the grants after lengthy and sometimes heated deliberations, in the end, arriving at a consensus."
- Ritu Sarin