The Western Balkan countries - home to some of the most pristine nature on the European continent - are faced with a rush to build new hydro power stations.

More than 630 large and medium hydro power plants are under preparation. If small plants are included, the number will be around two thousand plants by 2025.

The Balkans is home to many of Europe's last unspoilt rivers and an outstanding diversity of related habitats. A survey by WWF found that 66% of Balkan rivers are of 'outstanding' quality. Building such a large number of plants, in such a short time, begs the question: Who is checking the quality of these schemes?

Around two years ago, environmentalists and others warned that around half of the new plants in the Balkans as a whole will be built inside or near fragile nature areas, and under conditions that lack transparency and with poor resource management.

The six countries recently labelled “the Western Balkan Six” now seem to be facing a three-pronged threat: the biodiversity is in danger; the projects are prone to corruption and the people living there are not being sufficiently heard and risk losing their livelihood mainly through loss of irrigation water.

Since these countries are not EU members and also plagued by poor governance and corruption, there is cause for concern that the standard of quality will be low with potential adverse impacts on nature and communities. External financial institutions like EIB and EBRD are the most viable option to ensure oversight. But are they doing that?

Our journalistic investigation looked into some of the murky conditions under which the "gold rush" to dam Balkan rivers is taking place, with case studies from Macedonia, Albania, Montenegro, Serbia and Kosovo – with particular emphasis on actors from Norway and Austria; the two actors with the largest hydropower involvement in the region.

We looked at how the funding for hydropower schemes tend to be funnelled in obscure ways, by local partnerships and intermediary banks which makes it harder for the civil sector and the public to check what is going on.

We also studied what the public incentives are (European level and multilateral) and under what regulatory regimes this is taking place. What are the driving factors behind the rush? This brings us to the European Energy Community, the effort known as the Berlin process, and the EU’s 2020 climate goals.

Journalist Ragnar Skre - based in Belgium - has been a foreign news reporter since 2007, covering news events as well as in-depth stories for Norwegian media. 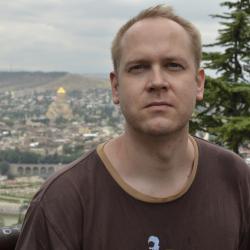 Journalist Ivana Kostovska has a wide-ranging experience of working for many Macedonian and foreign news outlets, both as journalist and editor, including the BBC. 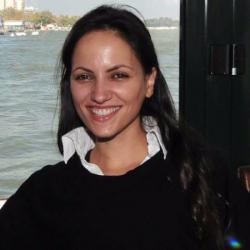