Prior to that, she worked for the feminist monthly magazine Opzij, NRC Nextand OneWorld.

She has been on several reporting missions abroad, including the United States (2017), Suriname (2010, 2012, 2014) and Uganda (2013). Her work focuses on global developments from the perspective of the individual. She studied Cultural Anthropology at Utrecht University and Journalism at the Fontys College for Journalism. 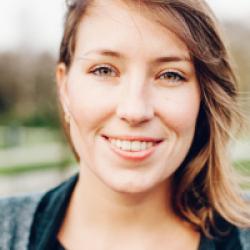