Björn Soenens (1968) is America watcher for Flanders' public service broadcaster and heads its foreign affairs division. He is Belgian and currently based in New York.

In his commentaries and interviews, he always tries to interpret all aspects of American society for a large crowd. His radio feature De Amerikawatcher on Radio 1 won him the Dexia Persprijs. A year after Barack Obama became president of the US, Soenens made an evaluation in his book Blijven proberen Obama! ('Keep on Trying, Obama!'). 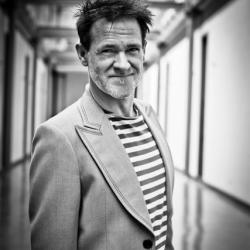 America - A Biography of Dreams and Deceit

The Flemish public service broadcaster's America watcher, Björn Soenens, takes you on a fascinating journey through America - the country and its citizens. Read about that amazing country, full of dreamers and deceivers.