Cecilia Ferrara is a journalist based in Rome, former member and founder of the Investigative Reporting Project Italy and contributor of Radio Bullets.

She graduated in European Contemporary History at the University of Florence.

Ferrara started working as a journalist in the communitarian radio station Novaradio, in Florence, in the year 2000. She became an expert of Balkan politics, society and organised crimes, living in Sarajevo and Belgrade from 2007 to 2010.

Ferrara freelances for several Italian and international media such as OCCRP, Médiapart, The Guardian, L'Espresso Online, Limes Online, Il Venerdì (La Repubblica), Osservatorio Balcani and Caucaso, Left, Avvenimenti, Europa. She is co-author of the book 'Narconomics' (2011) on the international traffic of cocaine and heroine. At the moment she works on transnational investigative journalism projects.

She’s member of the international network of journalists Lost in Europe, she works as a video maker for ANSA as a producer for Al Jazeera. She has been conducting undercover investigations for NGOs and she’s been recipient of several Journalismfund.eu grants. 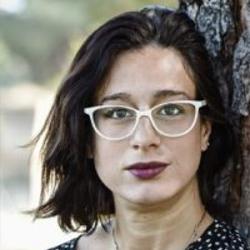 The Gaza Strip suffers daily power cuts of eight hours or more; the region's only power plant produces far too little electricity to meet the people's needs. How did things get this far, after massive international aid has been invested in the region that was supposed to help the Gazans?

KOSOVO - In Kosovo a well organized trafficking network has started a big wave of minors who leave for Italy. Thanks to the Zampa law, which was introduced in 2017, they can get licenses to study or to work, if they report themselves at the Italian immigration services. The law was meant to decrease the number of missing unaccompanied migrant children, but it helps human smuggling in hand. "It's a company of 100.000 euros a month, but no one seems to care", says the prosecutor in Triëste.