Mashid Mohadjerin is an Iranian born photojournalist and portrait photographer.

Her photo-essays are portrait based long-term projects. She has been turning her camera to identity and gender related issues, migration and the socially/culturally displaced. Her latest work includes photo essays on trafficking of women within the European Union and the future of young Native Americans in Oklahoma. She is currently based in Belgium.

Mashid grew up and received her Masters in Fine Arts in Belgium and is based in New York and Belgium. 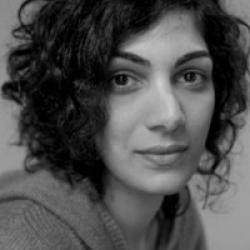 With the support of the Pascal Decroos Fund, MO * journalist Pieter Stockmans and photographer Mashid Mohadjerin travel through a number of important cities in European Russia to describe and image the revolutionary forces in 2017, 100 years after the Russian revolution of 1917.