Paul Hockenos is a Berlin-based U.S.-American writer, editor, and writing coach who has been working in Europe since 1990s.

He writes about energy and climate issues in Europe. His work appears in The Nation, Foreign Policy, Foreign Affairs, CNN Opinion, The New York Times, and The Chronicle of Higher Education. He has authored several books on European politics and was an editor at Internationale Politik, Foreign Policy, and the Guardian Newsweekly. He served in the postwar administrations in the Balkans and was a fellow at the American Academy in Berlin. 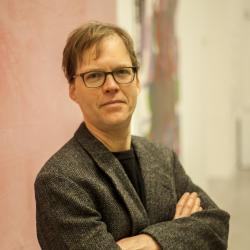 SKOPJE - Sunny North Macedonia falls short of solar thermal expectations. Using solar thermal technology to convert sunlight into heat should be a no-brainer in North Macedonia. After all, it’s one of the world’s sunniest countries. But meager subsidies and insufficient regulation have stymied projects, despite the economic benefits that experts concur are there for the impoverished country.