Simon has worked in the post-Yugoslav countries since the late 2000s. He also covers these countries as a freelance journalist for different French speaking medias (Mediapart, Radio France Internationale, RTBF, etc.).

Simon also works for France Culture, where he produces programs focusing on the relationship between music, history and politics. 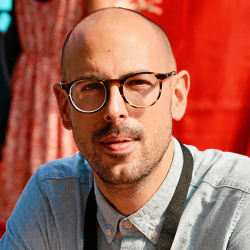 Women under attack in the Balkans

Women are losing rights everywhere in South-East Europe, first of all the right of abortion, but a new feminist movement is rising.