MALI -  In comic strips Timbuktu is the end of the world, and the Tuareg who live there have been attracting westerners for centuries. With minimal means they survive in the Sahara, heroically fighting the colonial occupation. Volkswagen named a car after them.

But the world is changing; some Tuareg connected with Al-Qaeda, they introduced the sharia; chopped hands off thieves, destroyed ancient mausoleums. It was only through a military intervention that worse was prevented.  Dutch soldiers also helped to restore peace there. From noble savages to puritanical opportunists: what happened? Gerbert van der Aa goes to investigate. During his first visit to Mali, he was robbed and taken hostage. It didn't prevent him from returning many times. 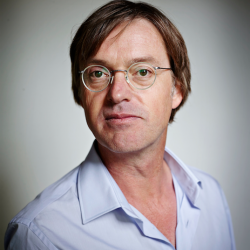 The colours of America