The unknown battle of young women from Belgium and the Netherlands against Franco and Hitler.

In 1937, a group of young Jewish volunteers left Belgium for the civil war-torn Spain. They wanted to support the Second Spanish Republic against the advancing fascist general Franco. Together with some Dutch nurses, they had to deal not only with the horrors of the war in the military hospital El Belga, but also with the Belgian hospital management and the local politicians who feel that nurses should not interfere in politics.

The fall of the Spanish Republic didn't mean the end of their resistance to fascism. After their return to Belgium and the Netherlands, they fought during the Second World War in the ultimate confrontation with the excesses of fascism. The book Las Mamás belgas is the result of interviews with the latest eyewitnesses and original archive material.

Sven Tuytens (1967) is a Belgian journalist and writer. 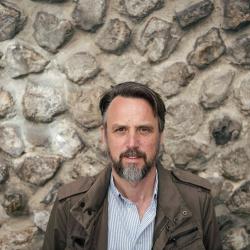 The unknown battle of young women from Belgium and the Netherlands against Franco and Hitler.

The Flemish story behind heritage in southern Africa