GOMA - Through the beautiful green hills of North Kivu, a 150-kilometre road winds from the capital Goma to the coltan and cassiterite mining area, road 529. Since 2002, efforts have been made to rehabilitate the road, which runs through one of the most dangerous areas in the world.

Since the genocide in neighbouring Rwanda in 1994, eastern Congo has been a churning insecurity area due to a toxic mix of resources and corruption. Rebels fight each other and the Congolese army. Refugees, massacres, unbelievable poverty, hunger and rape are the results.

The UN security forces and the Congolese army can do nothing; on the contrary, they often participate in blackmailing and threatening the population.

Along the road there are small villages, large refugee camps, schools, a hospital.
The road is narrow; when two cars pass each other, one has to go halfway into the verge. In the rainy season, the road is a mud pool, in which overloaded trucks make perilous, hip-deep tracks and often get stuck in the mud so that nobody can pass.

Relief organisations, the United Nations and donor countries saw the importance of the road and put in money to improve it. This would benefit both security and the economy. It had to become a road of peace. The Netherlands, too, contributed financially to the rrehabilitation. In 2011 and 2014, I drove along this road, 75 kilometres to the village of Masisi. I couldn't go much further. It was the rainy season and the road was impassable for large stretches. There were no bridges.

I wanted to see, in the autumn of 2021, whether the road had improved and whether the region had become safer. I also wanted to make a portrait of the users of the road: rebels, soldiers, schoolchildren, the elderly, the UN peacekeeping force, market women, local leaders, aid organisations, Doctors without borders, refugees.

I also wanted to know how much money had been spent on improving the road and by whom.

Unfortunately, the area turned out to be more unsafe than ever. In May 2021, martial law was declared for the provinces of North Kivu and Ituri. Like previous times, I could not go beyond Masisi village. This time, it was not because of the bad state of the road, but because of fighting rebels and soldiers. I had to pose as an aid worker to be able to work somewhat safely, I had two bodyguards, an advisor/interpreter and a driver with me. However, I was able to speak to a lot of people and got great stories.

The road was in bad shape, even worse, because of heavy erosion some parts of the road had disappeared.

Finding out the aid amounts proved to be a hopeless task. The only one from whom I got figures was the Netherlands: between 2008 and 2014, about 12 million euros had gone to the road. The UN implementing organisations remained very quiet. The English government organisation DiFD calculated that refurbishing the road would cost about €42,000 per kilometre. The UN organisation UNOPS gave me a list of companies that had worked on the improvement of 15 kilometres. It turned out that many of these companies were based in Kinshasa and were brand new. A sign that they had been set up especially for the job and a probable sign of corruption. However unsatisfactory the result so far, I will continue to find out the amounts of money. 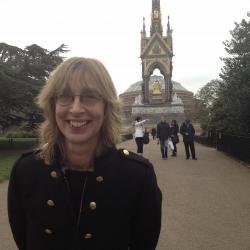 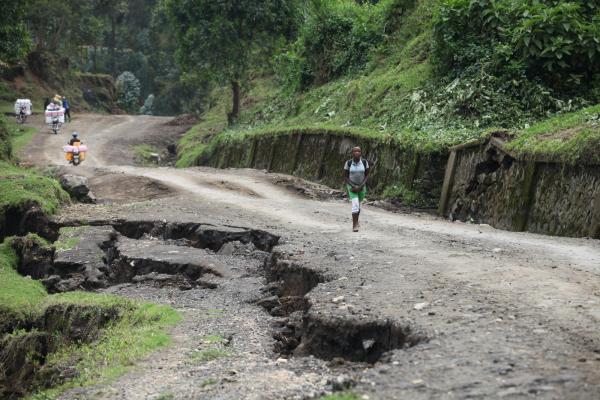 Why are Colombian bananas crooked?

Between freedom and happiness