Turkish Citizenship for Syrians for Sale

This investigation blows the whistle on the phenomenon of brokers who, with the complicity of Turkish civil servants, help to move forward the citizenship applications of Syrians in return for bribes. On the other hand, more than five thousand Syrians’ files remained pending until they got cancelled without any valid reason.

To make sure that such brokerage is systematic and not some individual incident, the reporters tracked some of the Syrians who were willing to pay bribes to advance their files to stage five and obtain Turkish citizenship.

The reporters documented three different networks of Syrian brokers who have strong ties with high-profile officials from the Immigration and Civil Registry departments and Security Directorate. Most of them change their numbers within a maximum period of 60 days. They never disclose their real names with their prospect customers and always contact them via WhatsApp and Telegram, after a recommendation and a guarantee from one of the broker’s acquaintances or former clients.

Some brokers deal directly with the officials in governmental entities, others work through more influential brokers, acting as agents. After a few weeks of coordination, the reporters were able to meet with one of the important brokers in Ankara, who has close ties with the officials. He told them that he could fix any papers they needed, and that he charged less than other brokers. He explained that most agents charge higher rates as they have to deal with the officials through intermediaries. If a broker can deal with the officials directly, he can reduce the cost to half, where transferring the file to stage 5 would cost 5000 USD for normal files, and 10000 for removed files.

The reporters documented 16 cases of Syrians who obtained Turkish citizenship after moving their files to the fifth stage by paying bribes. The total sum they paid together is more than 130.000 USD. The number of people who carried out this procedure is still unknown, for fear that they would be deprived of citizenship.

Furthermore, two other Syrians were documented to pay USD 3.000 to have their names added to the list of applicants, facilitate and accelerate their procedures. One of them is Abdul-Mawla, who is a resident of Qatar and comes to Turkey once a year for a 10-day visit. He got the Turkish citizenship in less than 13 months by paying this sum of money.

The phenomenon of brokerage has spread widely on social media, and many have started criticizing it through tweets and posts, through indirectly referring to similar stories.

Despite the change of personnel and cadres of the civil registry in Turkish provinces, yet the process of advancing some of the files is still going on, but become more difficult and at a higher cost.

The reporters contacted several brokers, but only one of them responded to the questions by asking for 10.000 USD to advance the file from stage 4 to 5, and ensure the acquisition of the Turkish citizenship within 3 months.

No response from Turkish authorities

The reporters tried to get direct answers from the Turkish Ministry of Interior or general civil registry in Ankara, concerning this phenomenon, but to no avail. After several attempts, they were instructed to send their inquiries by email to the press office of the ministry. In mid-Sep 2020, they emailed the designated email address but received no reply. The email was resent in October 2020, but until the time of publishing this report, the Turkish authorities have not responded to our questions concerning this issue.

The bribes go to three levels in this network, according to the testimonies of the brokers the reporters met in Aksaray in the centre of Istanbul (an area where human smugglers and transaction brokers meet).

All those the reporters have met confirmed that the biggest share of the money goes to the employees of Ankara civil registry, those of the immigration department in the province where the applicant resides, and other security officials in Ankara intelligence, and finally to the broker and his partners.

Saljuk Mohammad (pseudonym for security reasons) is an investigative journalist specialised in money trails and corruption. 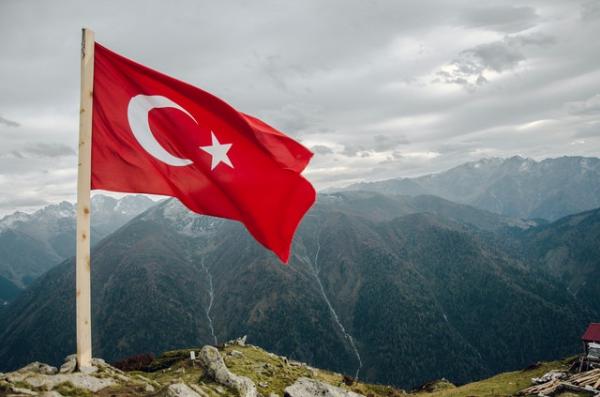