YAOUNDE - Over the past decades, a handful of Israelis have overseen and trained elite units of the Cameroonian army. Their paid services brought them millions of dollars, which they invested around the world. Meanwhile, the army unit they've trained, the BIR, has committed extensive human rights violations.

A team of two reporters, Emmanuel Freudenthal and Youri van der Weide, unveiled that soldiers belonging to Cameroon’s elite unit, trained by Israeli mercenaries, were involved in the Ngarbuh massacre in February 2020, where 21 civilians were killed, according to Human Rights Watch.

The core of the investigation was based on interviews that the team did with former soldiers. They also used social media investigations, Freedom of Information requests, satellite images, shipping data, and interviews with specialists.

The BIR is the special forces of Cameroon, directly accountable to President Paul Biya who has been in power since 1982. The unit was created by Israel's former defense attaché in Cameroon, Avi Sivan, after he retired from public service. In 2010, Sivan died in a helicopter crash and since then the names of the Israelis who train the BIR haven't been revealed, although some fake names have circulated.

The investigative team uncovered the names of two Israelis, who provided training services to the BIR: Eran Moas and Erez Zuckerman.

Zuckerman is a former high-ranking military officer from the Israeli army. He admitted his work in Cameroon and he has reportedly retreated in the countryside breeding goats. On the other hand, Moas had a much fancier lifestyle. He bought properties of about $32 million in New York and Los Angeles and he spends his holidays in uber-luxury resorts in the Bahamas, costing $20,000 per night. He also does business in Cameroon which the reporters explained in detail in their story.

The investigation went into depth to confirm that any business activities, from training foreign soldiers to exporting weapons, require permits by the government, which in the cases of Zuckerman and Moas were never issued.

“The main challenge [of the investigation] was that the Israeli mercenaries tend to be quite secretive. It was difficult to find a lot of information about them," says Emmanuel Freudenthal. "For example, the New York property was owned by a shell company, likely to dissimulate its ownership. We also dug into leads that were dead ends, spending a significant amount of time researching things and people that were not included in the article.”

For their investigation Freudenthal and Van der Weide were assisted by two researchers, who need to remain anonymous for security reasons.

Emmanuel Freudenthal is a freelance reporter based in Addis Ababa. 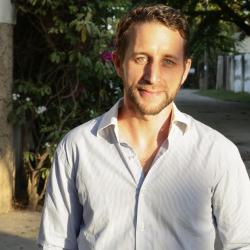 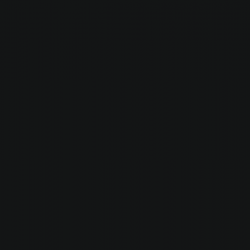