The Polar Project is a cross-media magazine on climate change. It aims to promote interdisciplinary exchange through journalism, art, and performance, and to explore the boundaries of journalistic storytelling.

The Polar Project is the first Dutch-language cross-media magazine on climate change. It aims to promote interdisciplinary exchange through journalism, art, and performance, and to explore the boundaries of journalistic storytelling.

The Polar Project regularly publishes cross-media dossiers on a certain theme, for example deforestation in Brazil or the influence of climate change on modern slavery. The “Vision and Innovation” section contains interviews with visionary thinkers and entrepreneurs who offer down-to-earth analyses and solutions.

For each dossier, The Polar Project collaborates with other media, many of which share the project’s journalistic productions on their own platforms, such as Knack and Vranckx & the Nomads (Canvas). The Polar Project is also a regular guest on Flemish and Dutch radio.

The Polar Project also organized live stage events around two of the themes. These events were held at De Centrale in Ghent and included a documentary screening followed by a discussion of the theme. There was also room for poetry, music performances and deejays. On one of the other themes, the project hosted a writing contest, which was organized in collaboration with several partners.

Through its multi-faceted approach and events, The Polar Project was able to experiment with different ways of connecting with its (potential) audience. As one of the first journalistic initiatives in Flanders, it works with a Patreon page that fans can subscribe to for as little as 1 euro per month.

The Polar Project is convinced that there is a need for attractive storytelling, especially on themes such as climate change.

In June 2020, journalist Jan De Deken, the man behind the project, was a guest on the podcast of the American magazine Foreign Policy to talk about The Polar Project’s innovative approach.

Jan De Deken explains The Polar Project in his own words:

The Polar Project is the first Dutch-language magazine entirely focused on the most pressing issue of our time: the climate. We look at why the climate is changing, who feels the effects first, what we can do about it, and whose responsibility it is to take action.

The Polar Project searches for answers to these questions by means of attractive, multimedia and cross-media journalistic storytelling that explores the relationship between investigative journalism, art and the stage.

The reach and potential impact of our investigations, which was largely thanks to their multimedia and cross-media format. We explored new forms of journalistic storytelling, and thanks to these experiments and the various channels used, we were able to bring our work to a wider audience, make sure that they encountered the theme several times, and leave a deeper impression.

What went less smoothly than expected or what would you have done differently?

A project like this has so many aspects that you can’t do everything alone and equally well. In the existing media landscape, these kinds of niche projects require you to differentiate yourself and excel in what you do. This required more manpower—people with specific skills in addition to classic journalism.

What will be the impact of this project once the subsidy period has ended? Will it continue to exist, or has it contributed or changed anything in your company or organisation?

I really want to keep this project going. Financially, however, things aren’t so bright. At the moment, the project is continuing with almost no resources, and the expiration date is not unlimited. Regardless, as a freelance journalist, I have learned a lot from this project, both in terms of journalistic storytelling and in domains that extend far beyond the traditional realm of the individual journalist.

Traditional reporting methods are not sufficient for bringing highly complex themes like climate change to consumers. Climate change is a unique in this respect: it is a topic that will have a major impact on our daily lives, and on the entire political and socio-economic system in the coming decades. At the same time, however, it can be hard to see its direct impact. It is an extremely complex subject, and unlike other major themes—such as migration, economic deficits or a pandemic—the significance of it can be much more difficult for news consumers to make sense of.

Global warming and climate change pose a huge challenge to journalists. We need a well-planned, almost conceptual approach to climate reporting, as well as new forms of storytelling that consider the complexity of the human psyche. At least that’s what it will take if we, as journalists, want our audience to approach climate reporting with an open mind, based on the kind of neutral, fact-centred, science-based reporting that we aim for with the best intentions.

At present, a large portion of the general public sees climate reporting as ideologically biased, as an attack on their identity or lifestyle, or even as a major conspiracy. Journalism is largely to blame for this, and now it is up to journalism to rise to the challenge. 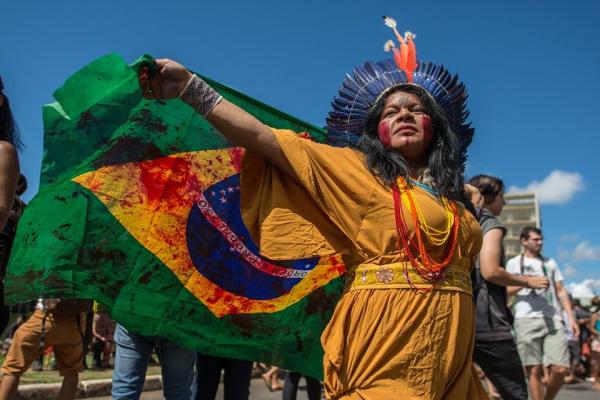