Brenda Stoter Boscolo is a Dutch freelance journalist who writes about the Middle East.

Brenda likes to distinguish herself from other journalists by immersing herself in different cultures. She has focused on human interest stories and background reportages in the Middle East for over ten years. Her articles have been published by Al Jazeera, The Telegraph, Middle East Eye, and Al-Monitor as well as featured in Dutch/Belgium newspapers and magazines, including Algemeen Dagblad, De Tijd, MO*, NRC Next, Het Parool, Trouw, De Groene Amsterdammer and Elsevier. She has master's degrees in sociology and in media and journalism from Erasmus University in Rotterdam. Her first thesis was about the Iraq war. 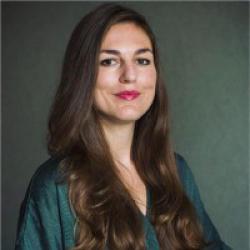 What is the involvement of Belgian jihadists in the genocide that IS carried out against the Jezidi community? Now that the Belgian parliament has acknowledged the genocide, Brenda Stoter Boscolo and Bruno Struys went to Iraqi Kurdistan with that question in mind. They talked to official sources, but above all had hours of interviews with the Yezidis themselves.

ARBIL - In the summer of 2014, IS invaded the Sinjar region in northern Iraq. Hundreds of thousands of residents fled to Iraqi Kurdistan, or to Mount Sinjar, not knowing that help would come days later. Without food or water many died of exhaustion. But IS had come not only to expand the Caliphate, but also to eradicate the Yazidi, a community with its own religion and an ancient culture. Fate awaited residents who were locked down by IS. The men were killed; women and girls sold as slaves and boys were put in IS training camps.