Collins Mtika is a seasoned and award-winning Malawian journalist with over 16 years of hands-on experience. He is one of the founders of the Centre for Investigative Journalism in Malawi (CIJM).

Mtika has worked as bureau chief for the Northern Province for Malawi's biggest newspaper group, Times Media Group, which publishes The Daily Times, Sunday Times, Malawi News and the defunct The weekend Times. He has also worked for the tri-weekly publication The Guardian as a chief reporter, and Northern Life Magazine as executive editor.

Collins also served as correspondent for Inter-Press Services (IPS AFRICA), Africa in Fact Magazine, the Mail & Guardian and The Star newspapers, and has written for Malawi’s popular online publication Nyasatimes.com.

Collins is well-known for his hard-hitting investigative reporting. 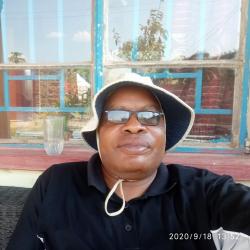 LILONGWE - Taxation treaties that Malawi signed with other countries over the last fifty years are costing the country hundreds of millions of dollars, since they have opened up opportunities for multinational corporations to reduce their tax liability through tax avoidance.

LILONGWE - Development aid is not as straightforward a way to bring about change as it seems. The countries that need it most, are often suffering from corruption and a lack of good infrastructure. Malawi is a case in point. 40% of its economy depends on development aid.