Daan Bauwens is a Belgium-based investigative journalist. As a freelancer, he has contributed for Vice, De Morgen, De Standaard, Knack, MO* and the international press agency Inter Press Service.

As a correspondent, he has worked in Israel, Turkey, Morocco and Japan. In 2019, he directed his first documentary on psyche and witchcraft in Uganda. He is a former visiting fellow at Columbia University and was granted a Fullbright Award for narrative journalism and research on intercultural dialogue in New York City in 2015-2016. 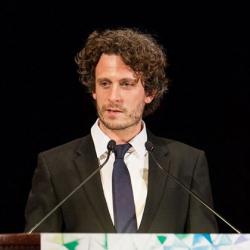 UGANDA - In “Bewitched”, Daan Bauwens, Rien Bauwens and Yann Verbeke head to Uganda. A team of young Ugandan psychologists visits fishing villages on the shores of Lake Victoria. They are going to tell that there is such a thing as mental health and that it it can be helpful to talk about it. Because too often people with problems go to a witch.

ABIDJAN - In this story, investigative journalists Daan Bauwens and Nicholas Ibekwe focus on Highway 10, the transatlantic route that for centuries brought millions of captured African slaves to South-America via the tenth parallel.

In poverty-stricken Mozambique, young women are obliged to sell their bodies to wealthier or white men. A general wisdom with cliché status. But is such a simple analysis correct? What does international research say and what do the women themselves think about their sexual practices and social status?