Emma Lesuis is a freelance documentary maker who is based in Amsterdam and works both in the Netherlands and Belgium.

For Playing with Childhood she focused on an African team called 'La Roue' in Brussels. She followed stories of football players who live in Belgium illegally and who are victims of human trafficking in football, but who are still dreaming of one day becoming as big as Didier Drogba. The short documentary will be shown on Flemish TV (VRT, EEN). 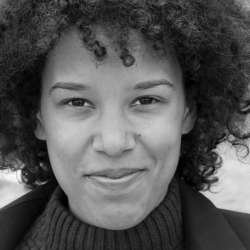 Land of plenty, land of but a few

MAPUTO - “Land of plenty, land of but a few” is a web documentary and a data journalism investigation that tells the story of how the peasants who live in the Nacala Corridor, one of the most fertile and populated areas of Mozambique, have been heavily affected by the arrival of large agricultural investments. More about the story here.

The world behind a glass of South-African wine. Emma Lesuis went back to the winery where she made the documentary "Vir 'n glasie wyn" (For a glass of wine) and saw that little had changed. That's why she went looking for solutions and discovered the world of Fairtrade.