Erik Palm is an award-winning journalist and author who has produced news stories, including features and investigative documentaries for major national TV and radio channels in Sweden, including SVT, SR, Dagens Industri, and TV4.

He cowrote the investigative portrait of H&M owner Stefan Persson The Big Boss.

He produced the award winning investigative SVT-documentary about Carema, ”We gave them our dad” which revealed improper care methods where the elderly residents had been neglected while managers focused on cutting costs to get bonuses and gave false reports on staffing levels.  The film led to a national debate about Private Equity owned nursing home chains. Erik released a book based on his films.In the investigative SVT-project about IKEA, ”Made in Sweden” Erik found the trust in Liechtenstein that controls the company. The Interogo trust was a secret for decades that many international investigative teams had failed to reveal. The film was IRE awards finalist and won a silver medal at silver medal at New York festivals. He has investigated H&M's' tax planning in developing countries. And Philip Morris lobbying and secret marketing methods. And many other topics in foremost the business world. 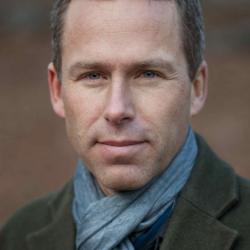 ANTWERP - The port of Antwerp is considered to be the most important port for coca imports in Europe. Every year, tons of cocaine come here hidden on board container ships. The value of the smuggled cocaine is estimated to have a street value of tens of billions of kronor.