Frédéric Loore is a Belgian freelance journalist and regular contributor to Paris Match.

He specialises in investigations and long-form narratives. His articles have been published in the Belgian and foreign press. An important part of his work is dedicated to human trafficking and others kinds of trafficking.

Loore was one of the recipient of the 2011 Lorenzo Natali journalism prize for his investigation about the exploitation of minors between Romania and Belgium. He also won a Belgian prize in 2013 for his story about the international traffic of African football players. He co-authored books about depleted uranium (2001), human trafficking and organised crime in Belgium (2007), and trafficking in football (2014). 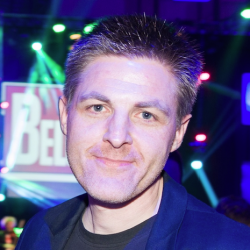