Frederik Buyckx (1984) is a Belgian photographer.
For his series “Jesus, Make-Up and Football” he documented the daily life in the favelas in Rio de Janeiro. The work won several awards, including a World Press Photo Award in 2013, and was published in a book by Lannoo (Belgium). In 2017 Frederik was named 'Photographer of the Year' at the Sony World Photography Awards. His work has been published in National Geographic Magazine (NL), The New York Times Newspaper/Style Magazine (USA), The Sunday Times Magazine(UK), CNN Photo Blog (USA) and De Standaard (BE) among others. 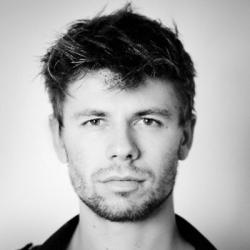 Inspired by the staggering success of its film industry Nollywood, Nigeria now wants to boost its other creative industries. Culture is primed to be the country's next oil. The government has labeled the cultural sector ‘potentially the biggest source of economical growth’ and accords it preferred status. A flourishing cultural sector is expected to provide jobs, improve Nigeria’s international standing and attract foreign capital.
Read more

The garden of Tito. A journey along the Belgrade-Sarajevo railway.

Korneel De Rynck travels along the railway line, through Serbia, Croatia and Bosnia-Herzegovina, along places that recall death and destruction. He investigates what happened back then and what changed since the end of the war. Do the people live together again? Did the circumstances that led to war disappear?