In 2018, he published his first book, "The Rare Metals War: The Dark Side Of the Energy Transition and Digitalization" (LLL Editions). All information in English can be found here).

From Chinese rare earth metals, oil extraction in Alaska, to Sudanese gum arabic and khat trading in Djibouti, he focuses his work on commodities and on the economic, political and environmental issues associated with their use.

​This common thread is paired with geographic consistency: the African continent, particularly South Africa where Guillaume was a news correspondent in 2010.

To date, he has authored around 100 reports, investigations and documentaries across more than 40 countries and has been awarded a dozen of French and international journalism awards. These include the Izraelezewicz Prize for best investigative report of the year, awarded by the leading daily newspaper Le Monde, and the award for best economic book of the year by BFMTV.

He holds a post-graduate law degree from the Paris universities, and a Masters in international law from the University of Georgetown (Washington, D.C). 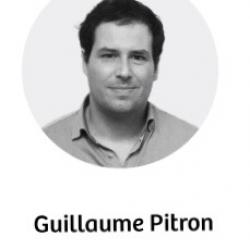