The CfA data analysis team consists of data analysts, software engineers and graphic designers who transform often incomprehensible data into easily understood interactive visualisations and tools. Jacopo’s role with CfA is underwritten by a Knight International Fellowship, with the International Centre for Journalists (ICFJ) and supported by the Bill and Melinda Gates Foundation.

Jacopo’s unique mix of technical skills, as a computer scientist and data journalist, has resulted in a series of projects published by, among others, Der Spiegel (Germany), El País (Spain), Al Jazeera International (global), De Correspondent (Netherlands) and Internazionale (Italy).

His most recent work with CfA combines satellite data with drone imagery and forensic data to produce immersive ‘explainer’ visualisations that tackle burning social issues such as urban inequality (for the Slumscapes project with Thomson Reuters) and immigration (for the Search & Rescue data portal for MSF).

Projects Jacopo is particularly proud of include the 2016 «Lungs of the Earth» immersive journey across the rainforests of the world, and the #Borderline interactive atlas of migration in Europe. He is also co-author of seminal the Migrants' Files, which for the first time uncovered the true extent of the human cost of immigration in Europe. The project won the 2014 Data Journalism Awards and the 2015 European Media Prize. His web-documentary E-waste Republic also won the 2015 DIG Awards and 2015 Lorenzo Natali Media Prize (Europe's most prestigious journalism award).

Jacopo has a Masters Degree in natural language processing and human-language technologies, serves as a visiting professor at Universidad Rey Juan Carlos, in Spain, at SISSA, in Italy, and is also an occasional trainer for BBC Media Action and the European Journalism Centre. 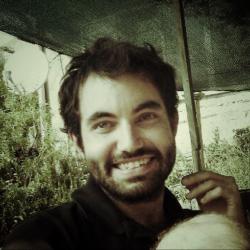