Karim Abraheem is a photographer. The common thread in his oeuvre is man in his daily environment. His interest goes to social themes such as the situation of undocumented migrants and the multi-cultural environment.

Karim Abraheem was born in Amarah in the south of Iraq. In 1980 he leaves his country for Brussels to study. Karim obtains a special science degree (development cooperation) at the Université Libre de Bruxelles. He then takes a course in photography at the Academy for Visual Arts in Anderlecht. At the beginning of 2004, Karim returns to his native country for the first time after 24 years. He will make a photo report on behalf of the magazine MO *. In 2005 Karim obtained his diploma in photography. A year later, in December 2006 publisher Epo publishes his exceptional photo book 'Iraq Today'. In it the artist shows us a very diverse Iraq in which the ordinary person stands central, not the war. 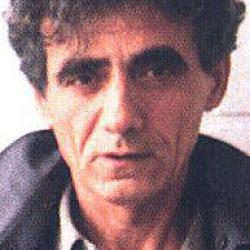 Return to Iraq, a broken country

IRAQ - In recent years, thousands of Iraqis have voluntarily returned from Belgium to Iraq. Whoever returns, often did not really choose that, even if it is called "voluntary". The voluntary returnees from our country have often undergone a failed asylum procedure. Others could not handle the long waiting periods, with a high probability of a negative decision - in the years 2015 and 2016 the Belgian asylum authorities could not cope with the flow - and they missed their family.