Kateryna Sergatskova is co-founder and CEO of Zaborona Media in Ukraine. She is a former contributor to Foreign Affairs, NBC News, Esquire, Ukrainska Pravda, Hromadske TV in Ukraine, Russia, Syria, Turkey and Iraq. Kateryna was awarded the Kurt Schork Award in 2015 for her coverage of the Ukrainian conflict. In 2017 she received a prize from FPA for her coverage of Islamic radicalism.

Kateryna worked as a war-correspondent in Eastern Ukraine over 2014-15, covering the conflict from both sides. Later, she reported on the Russian-speaking fighters who fought for Islamic State and other radical groups. 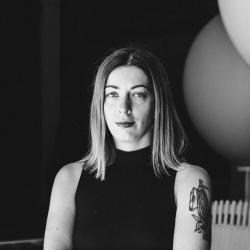