After a BA in filmmaking in Brussels, Kristof Bilsen (°1979) worked as a cinematographer, editor and director in contemporary theatre and dance and collaborated with Peter Missotten, Sidi Larbi Cherkaoui and Meg Stuart, amongst others.

He co-directed several plays and dance performances for and with youngsters. His first documentary was Three Women (Drie Vrouwen), a film about female detainees in Ghent prison (Belgium), which was shortlisted for the Henri Storck Prize 2005 and was shown twice on Belgian National Television. He also made the short documentary Fez-return-ticket, about a mixed marriage in Morocco.

In January 2010, he was also selected to attend a workshop tutored by Werner Herzog in Los Angeles.

While he did his masters at the National Film and Television School, Kristof has begun to develop a distinct voice, making personal films, combining personal archive with elements of the surreal.

He is residing in London and Antwerp. 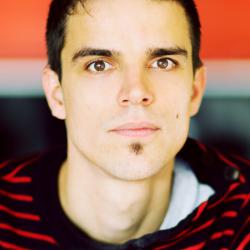 THAILAND - In a small village in Thailand, Pomm takes care of Europeans with Alzheimer’s. Separated from her children, she helps Elisabeth during the final stages of her life, as a new patient arrives from Switzerland.

White Elephant is a documentary about the Central Post-Office and its employees in Kinshasa, DR Congo.