He worked for regional newspapers and Dutch Television programs like Zembla (VARA) and KRO Reporter. In recent years he wrote several books like the Best Cookbook of The Netherlands in 2011 (Kookboek van het Jaar/Gourmand Cookbook Award), Kookkaravaan and a critical reconstruction of the downfall of the Dutch Food Safety Authority (NVWA) titled: Uitgebeend, hoe veilig is ons voedsel nog? (Deboned, how safe is our food?). The latter was subsidised by the Foundation ‘Stichting Maatschappij en Veiligheid (Safety and Society) on behalf of a request by chairman prof. mr. Pieter van Vollenhoven, member of the Dutch Royal family.

Due to this book Van Silfhout is often ask as an independent expert on food and inspection issues in the Dutch parliament and media. He is also asked for his expertise by the German en Belgium Food Safety organizations (BVLK and BFSO). 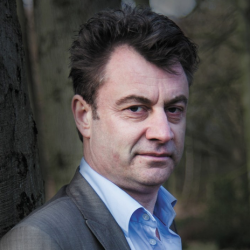 How safe is our food?

THE NETHERLANDS - More than 60,000 people in the Netherlands are infected with salmonella every year. The resistant ESBL bacterium has been found on three-quarters of the chicken meat there. Is our food as safe as manufacturers and ministers claim?

What are all those E numbers doing in the kitchens of our restaurants? An investigation into molecular gastronomy and the food additives industry in our modernist cuisine.