Michele Bertelli is freelance journalist and videographer, based in Italy.

Michele has reported from Latin America, South Sudan, Italy and the UK, focusing on economic development, environment, and human rights. His work has been featured, among others, on online media outlets and televisions such as Al Jazeera.com, El País, Politico.eu, Der Spiegel, Deutsche Welle and Vice, as well as in Italian media such as Rai News, Repubblica TV, Corriere della sera, L'Espresso and Internazionale.

A London City University alumni, since 2014 he has been working on innovative and interactive journalistic products, and in 2017 the United Nations Correspondents Association awarded his coverage of the Italian humanitarian corridors for refugees. 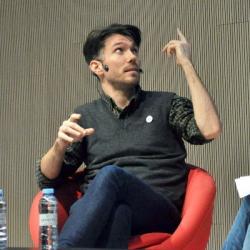 BRUSSELS - For the first time in history, the world is consuming more bottled water than soft drinks. Although access to safe water is both a fundamental human need and a basic human right recognised by the United Nations, the continuous growth in bottled water consumption is not just a response to basic human need.