Michelle Madsen is a UK-based freelance journalist who has been covering corruption in the extractives industries for over a decade.

She specialises in investigating companies, governments and individuals involved in resource corruption, the misappropriation of public contracts and funds and tax evasion. She has worked as a staff reporter for Legal Week, McGraw Hill and as an editor at Euromoney. She has written as a freelance journalist for publications including Africa Confidential, The Independent and Private Eye and run investigations for public bodies and unions.

She works with Centre for Investigative Journalism. Recent work includes an investigation into corruption surrounding the allocation of Ebola funds in Sierra Leone and investigations into academy funding, the business of detention centres and the LOBO scandal. As an artist, Michelle uses the absurd, the unexpected and the subversive to question power, privilege and the structures we live by.

She is a member of Poetry on the Picket Line, BP or Not BP and has appeared on BBC1 and BBC Radio 4 and NTS Radio. She has a weekly radio show on Resonance FM (Bears at a Picnic Naked and Laughing) and her debut poetry collection Alternative Beach Sports is published by Burning Eye. 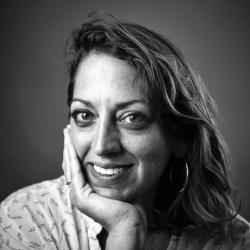