Nikolia Apostolou is a multimedia-journalist currently sharing her time between Kalamata and Athens, Greece.

For the last decade, she has been writing, doing video, and producing documentaries based out of Greece, Cyprus, and Turkey for media such as: The Associated Press, AJ+, The New York Times, PBS, USA Today, Deutsche Welle, Al-Jazeera, The Economist, Newsweek, Hakai Magazine, The Christian Science Monitor, Berlin Policy Journal, Global Post, and many others.

With a group of eight journalists across Europe, North Africa, and Turkey, Nikolia also researched “The Criminal Migrant Shipping Network” on how cargo ships are used to transfer big numbers of refugees from Turkey to Greece and Italy.

In May 2012, she co-directed a documentary on the Greek far-right wing party, Golden Dawn. In summer 2017, she won a scholarship to attend the Summer Investigative Course at Columbia University.

Nikolia earned her Master’s Degree in Digital Media at the Columbia University Graduate School of Journalism and her Bachelor’s Degree at Panteion University, in Athens, Greece majoring in journalism. She’s lived in Lesbos, Istanbul, Riyadh, and New York, but keeps traveling the globe. 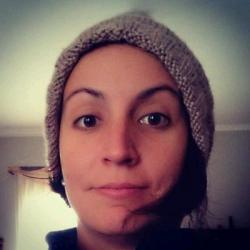