Pascal Niyonsaba (1969) works as a freelancer, writing for, among others, Capeco Africa. (Rwanda)

Pascal Niyonsaba (1969) studied History and Demography at the National University of Rwanda and the Kigali Independent University, and Economic and Development Journalism at the Académie des Journalistes Economiques d'Afrique Central in Cameroon. From 1997 until 2008 he worked for Rwandan TV as a reporter, after which he moved to Imvaho Newspaper and La Nouvelle Relève. 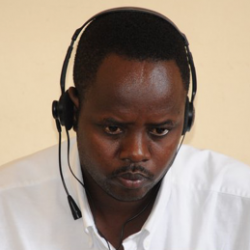 Dairy and the Rwando-Congolese Border Trade

Every day over 25,000 Rwandese cross the border to Goma in the Democratic Republic of the Congo, the majority looking to sell Rwandese milk. The trip is not without danger, but for many the juice is worth the squeeze.