Patrick Boehler leads digital strategy at Radio Free Europe/Radio Liberty and its surrogate public service media operations in 24 countries where a free press does not exist or is not fully established, including Russia, Afghanistan, and Iran.

He co-founded and previously led the Environmental Reporting Collective, a collaboration of reporters and editors in Asia, Africa, and Europe. He worked as executive editor for audience and innovation at the Swiss international public broadcaster, a staff writer and digital editor at The New York Times, and a reporter at The South China Morning Post.

He holds a doctorate in political science and taught reporting on China at the University of Hong Kong, and served as an Austrian diplomat to China.

His reporting on China and Southeast Asia has been recognized with some of Asia's most prestigious journalism awards. 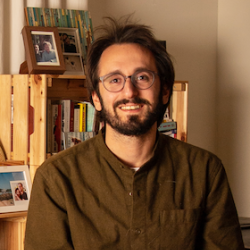