Saska Cvetkovska is an investigative journalist based in Skopje, Macedonia.

She is the founder and president of the Investigative Reporting Lab in Macedonia and a member of the Organised Crime and Corruption Reporting Project.

Saska Cvetkovska is an investigative reporter on organized crime, corruption and their connections with global information wars. Saska Cvetkovska worked on series of national and cross-border investigations that exposed corruption, illicit trade of arms, espionage and trade of influence in the global information wars. She was working on topics such as propaganda and misinformation and their conncections with grand corruption as a new tools used to threaten democracies. Many of the stories that Cvetkovska broke were researched and braked while she and her team were under constant threats, attacks and long term surveillance and years long wiretapped communications by the Government. Cvetkovska herself was wiretapped by the Macedonian Counterintelligence between 2014 and 2016. Her work appeared in the Guardian, Buzzfeed, Der Standard, Agence France Press and mamy other regional and global media. 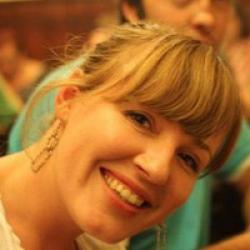 How Viktor Orbán is exporting his illiberalism

BUDAPEST - In our project, we’ve discovered how businessmen related to the Hungarian prime minister Viktor Orbán were buying up media outlets in Slovenia.