Stefania Maurizi is an Italian investigative journalist, a regular contributor to the Italian leading newspaper la Repubblica, after ten years working for the newsmagazine l'Espresso.

Stefania Maurizi has worked with Julian Assange and his organisation “WikiLeaks” since 2009, teaming up with large teams of international media to cover and investigate all WikiLeaks' secret documents: from the secret files on the war in Afghanistan (Afghan War Logs) to the US diplomacy cables (Cablegate), from the files on the Guantanamo detainees (Gitmo Files) on up to the most recent revelations about the European military mission against boats travelling from Libya to Italy smuggling migrants and refugees and the espionage activities against French and the European leaders by the National Security Agency (Nsa).

Stefania Maurizi investigated serious cases of environmental pollution, the harsh conditions of the Pakistani workers working in a major Italian garment factory based in Pakistan, the serious problems of the Italian nuclear decommissioning programme, and interviewed the elusive A.Q. Khan, the father of the Pakistani atomic bomb. 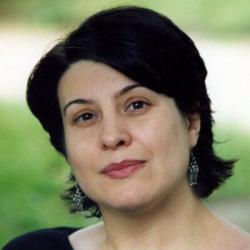