KALININGRAD - The case of the Russian province Kaliningrad has been causing a war of nerves between East and West. Reports about re-militarisation and information warfare are reminiscent of a Cold War 2.0. Is Europe turning back to a bipolar logic?

Who's afraid of Kaliningrad? Between 1945 and 1990, this Russian oblast on the Baltic sea, ultra-militarised, patriotic and completely closed to foreigners, housed the biggest Soviet military contingent, thousands of troops, stockpiles of conventional and nuclear weapons and the federal school of the KGB. With the EU enlargement in 2004, this unknown and mysterious "black hole" found itself geographically in the heart of Europe, on the borders of Lithuania and Poland, and closer to Berlin than to Moscow. The Russian enclave has de facto turned into a geopolitical lever of choice for the Kremlin and a tangible threat for NATO.

Since the annexation of the Crimea in 2013 and the "hybrid" war waged by Russia in easternUkraine, the former satellites of the Kremlin have sunk in anguish, between paranoia and rampant "Russophobia", encouraged by the media and politicians. In Vilnius and Warsaw, military service is back, the national Defence budgets explode, State-majors are calling for more troops and more material, paramilitary groups said to provide "territorial defense" are popping up all over Eastern Europe, while high-tech monitoring systems are erected along the border with Russia.

Faced with "aggressiveness" of the Kremlin, NATO is now playing the card of "deterrence" by engaging in the show of force, as the Operation Anaconda "pompously baptized largest military deployment since the end of the cold war". The organisation wants to reassure its allies and show that it is ready to defend them against any infiltration. For his part, Vladimir Putin considers the NATO expansion as a serious security threat for Russia, justifying the recent explosion of its defense budget and the boom of patriotism in the country.

As a result, the general official public discourse in Europe uses again the terminology of "blocks", reports about re-militarisation and information warfare. Is Europe really turning back to a bipolar logic? Who is provoking whom? Who is the enemy? So far, both sides have mastered the art of pushing the responsibility for tensions to the other one. The war of nerves has started between East and West, stroking sensational statements and active media propaganda.

In this context of Cold War 2.0, the area around Kaliningrad plays a pivotal role. What if Moscow would use transit region Kaliningrad as a "corridor of weapons" to destabilise the entire area? And what if NATO troops would really isolate the Russian enclave? According to Western sources, Moscow would heavily re-militarise the enclave, equipping its secret bases with an advanced missile defense system (S-400), conducting regular training maneuvers of troops and greatly modernising its fleet. In December 2014, in response to sanctions imposed by Europeans following the Ukraine, the Kremlin threatened to install its Iskander missiles, nuclear warheads of average range, directly targeting European capitals. Bluff or warning?

The only reality of this re-militarisation is the fear of the inhabitants of a border region long considered a "promising laboratory for new relations between the EU and Russia". They are the hostages of this military escalation and political rhetoric. As if Poland, Lithuania and Kaliningrad became the invisible battlefields of a war game that might yet be nameless but is already in everyone's mind. 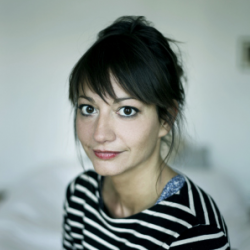 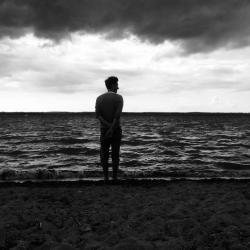 Jan Zappner, born in 1973, is a Berlin based freelance photographer, working for newspapers / magazines and corporate clients. 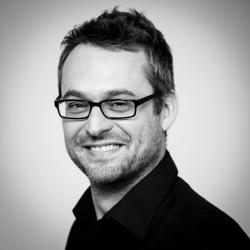