The savior of the Kaja Kaja

Jimmy Hendrickx traveled to a remote tribe in Papua in the footsteps of the Belgian missionary Petrus Vertenten. He worked there about a hundred years ago and saved the tribe from extermination, for which he is still honored.

In the footsteps of Father Peter

The Kaja Kaja, a tribe in Papua. Once they were notorious for their cannibalism and their sexual fertility rituals. More than 100 years ago they were almost exterminated by a venereal disease. It was a Belgian missionary from Hamme (Belgium) who could prevent it: Peter Petrus Vertenten (Hamme, 1886 - Wilrijk, 1946). His memory is still held in honor by the tribe. Jimmy Hendrickx traveled in the footsteps of Father Petrus Vertenten to the barely accessible corner of Papua where he was active as a missionary.

The 'cousin' of the father and the chief
Reporters do not get access to this region, so Jimmy gives himself out as a cousin of Vertenten. For the second time, because in 2012 Jimmy also traveled to the Marind Anim. This is how the Kaja Kaja's are called nowadays. He then became acquainted with Leo, a charismatic village head who resisted corruption and capitalism.
Leo takes Jimmy again to his village Bibikem. A rather adventurous journey with the motor along the beach, through rivers and over mud roads. But as the journey progresses, Jimmy discovers that Leo is no longer the man he met five years ago. Everything indicates that he himself has become corrupt and is cheating on his own villagers.

Statue
The eventful ride ends at the statue of Petrus Vertenten. Deeply hidden in the jungle, but kept in perfect condition. A villager reads the inscription of the monument: "From every 100 Marind, he could save 10. The Marind may never forget this. " 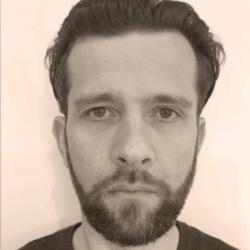 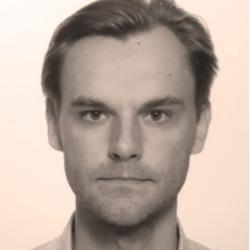