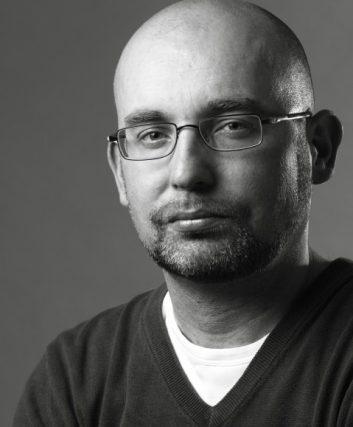 Blaž Zgaga, Slovenia, is a freelance investigative journalist and co-author of the best-selling trilogy In the Name of the State, which explores arms smuggling in the Balkans during the conflicts of the 1990s. He was one of the jurors for our FoX Grants programme.

He was named among Reporters without Borders' 100 Information Heroes in May 2014. He is an expert in arms trafficking, defence, tax havens and sports and has worked for Slovenia’s main daily newspapers Delo and Večer. He writes for Croatian weekly magazine Nacional today.

His articles have appeared also in Der Spiegel, The Guardian, USA Today, Mediapart, L'Espresso, Le Soir, NRC, Haaretz and The Globe and Mail among many others.

In 2000 he revealed clandestine US DIA operation in Balkans and was prosecuted for – and later cleared of – charges of revealing military secrets. He was threatened with the maximum penalty of five years in prison. He wrote a public letter to the European leaders and media about censorship in Slovenia in 2007 and then co-initiated a journalist's petition against censorship in the same year, which was signed by 571 Slovene journalists, representing one-quarter of all professional journalists in the country.

In collaboration with Finnish journalist Magnus Berglund, he unveiled massive corruption in the Patria arms deal in September 2008. In consequent criminal investigations and trials in Finland, Austria, and Slovenia, many people were indicted and sentenced, including then Slovene prime minister Janez Janša, who was sentenced to two years in prison in June 2013. In 2013 he coordinated ICIJ research in former Yugoslavia and Albania for the Offshore Leaks project, one of the largest cross-border investigative reporting collaborations in history. He revealed the Serbian-Slovene agreement to break-up Yugoslavia to the Slovene public in February 2014. Although these facts had been known in Western media for two decades, it was a concealed topic in Slovenia. He also published declassified minutes of the Council of Defence proving that Slovene president Milan Kučan approved the sale of weapons to warring Yugoslav republics during a UN arms embargo in the nineties. His article has been re-published by media in all countries of former Yugoslavia.