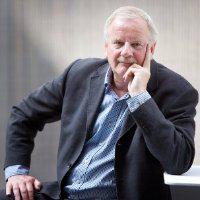 Joop Bouma (Netherlands) was a jury member for our European Cross-border Grants from 2012 until 2015. He is an editor and reporter for the Dutch daily newspaper Trouw, where he has covered environmental and criminal beats and has also served as national editor. Bouma is also an ICIJ member.

Bouma is one of the founding fathers of the Dutch-Flemish association of investigative journalists (VVOJ).