In this project, Chase provided grants and coaching to young journalists so they could create digital stories about social change in urban communities.

Chase is an urban community of young digital storytellers who create stories for a young, diverse target group and spread them on social media, where they’re able to reach a wide audience. Members of this broad group of several hundred ultra-diverse urban youth in Flanders and Brussels create innovative digital stories about urban music, lifestyle and creative talent.

Add to that a fourth category—“society”. Thanks to funding from the Flemish Journalism Fund, Chase (Ethercentrum) was able to give the strongest stories and talents new opportunities with research grants, training and customized guidance, all within a framework of innovative journalism.

The stories reflected interests within the Chase community (e.g. urban music, urban culture) and took place in Flanders and Brussels. They were tailored to and published on Chase’s social media channels, and the final result was often shared on social media by the young people themselves.

Chase launched two calls for applications, one in February and one in October 2019, inviting young creators to submit a pitch. From these applications, Chase selected a total of 12 projects. Those selected each received a grant and intensive guidance from the Chase team. They also followed various workshops on topics such as interview techniques, video editing, storytelling and social media branding.

Each of the themes below were featured in various episodes, in text, photo, video, and—in the case of the podcast—audio format.

More than 20 “main” stories were published, in the form of an interview, documentary, long-read, reportage or podcast. Various versions of each of these stories were made for publication on Chase’s website and social media (Facebook, Instagram and YouTube).

Chase also grouped the stories made with the support of the FJF on an overview page.

In this two-part series, the young journalists investigated the experiences of people of colour. What is it like to grow up and live in Flanders as a non-white person? Two video interviews provided testimonies on the impact of Western colonization, racism and colourism on equal opportunities today, as well as the influence of Western beauty standards on young people with a non-Western background.

The video of the interview with Ama Kissi achieved a record number of views. For weeks, both Chase’s and Ama Kissi’s inboxes were flooded with words of support from people who identified with the story.

More than half the people living in Genk are of foreign origin. One out of four children is born into poverty and one out of five drops out before graduating from secondary school.

In a two-part documentary, the journalists show how some young people growing up in the cités seek refuge in the creative sector or in hip-hop. Not only do these activities keep them on the right path, they also find themselves surrounded by a group of friends who become their second family.

This video interviews key figures from around the country on the importance of nightlife in Belgium.

This two-part series features ten women working on stage and behind the scenes in the Belgian hip-hop scene. What challenges do they face in a world dominated by men?

A series of four personal portraits of gay and queer people navigating the Belgian hip-hop scene, each in their own way.

A portrait of five teenagers living in social housing, combined with a photoshoot wearing second-hand clothing.

In the Talksik podcast, Jazzy and Zed from Soul’Art have an open conversation with a fellow artist. They talk about the ups and downs of life as an artist in Belgium and the challenges in our society.

The “De Stroate” hip-hop centre is housed in a former nursing home in Kortrijk. It is a safe haven for all kinds of creative artists, from rappers to break dancers, graffiti artists to poets. It’s a place where new ideas and collaborations are born, and where young people can create their own space.

Chase explains in its own words: 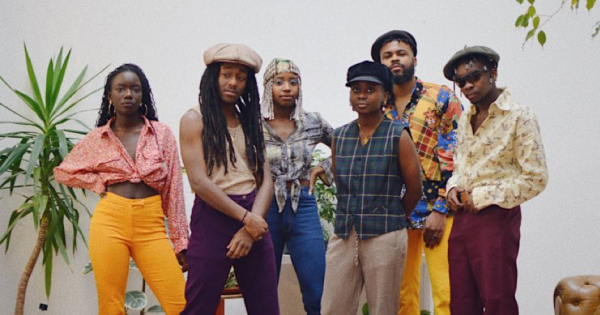 5G: the backbone of our future