Fabian Federl is a Franco-German foreign reporter for several European magazines, newspapers and radio stations. He writes in German and English and his work has been translated into French, Italian, Spanish, Portuguese, Dutch, Norwegian, Finnish, Russian, Turkish, Greek, Czech, Taiwanese and Korean.

His reporting is mostly, but not exclusively, from Latin America and the Iberian Peninsula. He received the German-Portuguese Journalism award twice, has been nominated for the German Reporter Award and the Theodor-Wolff-Award, and was a finalist at German Journalist Awards. Apart from Journalismfund.eu, he has received scholarships from the Robert Bosch Foundation, the European Journalism Center and the Pulitzer Center.

Currently, he is based in Berlin and Rio de Janeiro. 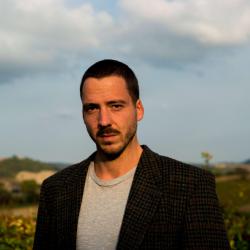 ODEMIRA - Changing migration patterns mean that more Nepalis are now travelling to western Europe via dangerous, illegal routes in the hopes of obtaining residence in a European country like Portugal.