Ine Roox is a Belgian journalist.

In between, she studied European literature at the university of Padua, in Northern Italy, at two occasions (1997-1998 and 1999-2000), after which she worked as a translator for the European Commission and the European Economic and Social Committee.

Her graduation paper in journalism, on the conflict in Northern Ireland, was awarded at Lessius Hogeschool.

Her series on sexual violence and torture in the Democratic Republic of the Congo (‘The shame of Eastern Congo’, De Standaard, February 2008) finished second at the North-South Press Awards. 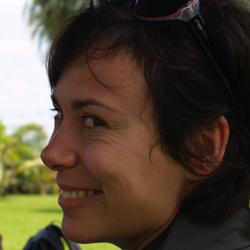 The dark side of a sun-drenched land

ITALY - Italy: it is not a neighbouring country and yet it often feels like it is. But how well do we know that country and its people? Couldn't our knowledge of Italy and the Italians, almost seventy years after they emigrated en masse to our country, reach a little further?

Another way for Africa?

Ask any average Belgian, or any European for that matter, to name three words he associates with sub-Saharan Africa. The odds are big he will come up with for instance ‘war’, ‘hunger’ and ‘rape’.