BRAZIL - For 'Brazilian boom' Lode Delputte travelled throughout the country. In his passionate stories, Delputte outlines the great changes that make Brazil such a fascinating country.

The Brazilians themselves still have to get used to it: a quarter of a century ago, their country emerged from a military dictatorship and suffered from inflation and debt. Today, the heart of Brazilian democracy beats as never before. With the organisation of the World Cup in 2014 and the Olympic Games two years later, Brazil, an agricultural and energy giant, is ready to storm the world stage.
The biggest winners are the poor Brazilians, who, under President Lula da Silva, saw their conditions improved. Unlike the fear-stricken Europeans, the Brazilians are optimists. The land of God, carnival and soccer have an infectious faith in themselves and in the new day.

Lode Delputte is a reporter for the newspaper De Morgen. He follows already for many years the developments in Latin America. He visited a dozen times. Apart from Cuba, Delputte wrote about the drug war in Colombia, the ore mines in Peru and the youth gangs in Central America. 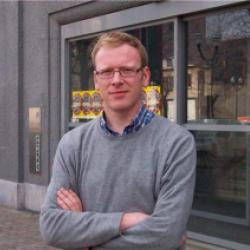