In 1964 some 2000 hostages were saved out of the hands of Congolese rebels by Belgian para troopers. But the events behind that success story paved the way for the autocratic regime of President Mobutu.

Congo, 24 November 1964: hundreds of Belgian para troopers are dropped above Stanleytown and Paulis, where rebels have taken an unknown number of white men and women hostage. In the biggest humanitarian rescue operation in history, about 1500 people are saved, mostly Belgians. A week later the same troopers are marching through Brussels in triumph, before a hysterical crowd of thousands of people.

However, behind this success story lie events that have lead to what might be the darkest pages in the history of Congo. The rescue operation goes hand in hand with a bloody operation by land, in which government troops brutally murder tens of thousands of Congolese citizens. Each act of resistance against the pro-Western regime in the capital is mercilessly smothered.

The economic dislocation, the chaos in the rebel region and the bloody repression by government troops have crushed the people. The land is ripe for an autocratic regime and in 1965 general Mobutu grabs power, with the support of the CIA and nods of approval of the Belgian government. After all, they reach their goal: helping set up a stable neocolonial regime, with Mobutu as acting caretaker of the western interests. It will take until 1997 before the man, old and sick, flees his plundered country.

Mercenaries, secret agents and diplomats is the result of research in Belgian, British, American and Congolese archives and of testimonies of the events that brought Congo to the verge of the abyss.

Ludo De Witte (1956) is a sociologist and author. He wrote, amongst others, De moord op Lumumba (1999), Wie is bang voor moslims? ('Who is afraid of Muslims?') (2004) and Huurlingen, geheim agenten en diplomaten ('Mercenaries, secret agents and diplomats') (2014). He also cooperated on TV documentaries about the Congolese crisis, for Flemish public broadcaster VRT (1999), German broadcaster ARD (2000) and BBC (2000). 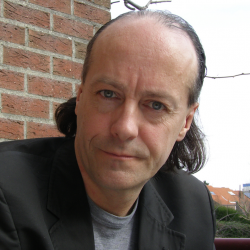