STOCKHOLM - They offer us a moment of pampering; a manicure, pedicure or perhaps a well-needed massage. They make sure Friday nights are free from cooking thanks to a myriad of cheap Asian take-aways. They even provide sexual relief for tens of thousands of European husbands – yet we’re constantly shocked to learn of their existence. Human trafficking victims are everywhere.

Maik Baumgärtner and Lisa Bjurwald present a unique insight into the entire chain of human trafficking: from survivors who tell their haunting stories, to those who take advantage of them – and make millions in profit. In a reportage series that takes us to some of Europe’s darkest corners, we will also meet men and women who fight the plague of the modern-day slave trade – including former victims turned activists and nuns standing up to the mafia.

Some things never change: few have suffered so brutally from this modern-day slave trade as African women. Often a burden already at birth, they are lured to Europe by friends, neighbours or family members, hoping to make enough money to buy a place of their own, to ultimately gain a higher value in their communities. But what awaits those who cross the dangerous waters is a fate far worse than unemployment and inferiority to male family members.

This is Victoria’s story. When a Christian charity found her on a red-light street in Stockholm a few years ago, she had been trafficked across the continent via Italy and the United Kingdom. She arrived in Sweden with the help of a stranger she befriended in Southern Europe. Victoria was beaten, but not broken. She was also five months pregnant.

The first chapter of Victoria’s story is identical to that of millions of migrants across the world. After a whirlwind romance, she had gotten engaged to her boyfriend, Tom, and was getting to know his family. One day, Tom suggested that they should relocate to Europe. It made perfect sense: His sister Theresa was already living in Italy, so Victoria could make a little money by looking after her child and help out in her hair salon. Tom was ambitious and more likely to find a job over there, where opportunities seemed to abound. Victoria was excited.

"For me, Europe was golden", she says. But Victoria’s European adventure would take a cruel turn. Strange travel arrangements and fuss over documents led to her being kept in a cramped apartment in Lagos, waiting and waiting for months on end. The departure date changed constantly. One night, she was raped by a friend of her fiancé's. She was too ashamed to tell anyone. Little did she know that this is the standard procedure of traffickers to ”break in” new girls, make them more submissive.

When she finally arrived in Italy, everything crumbled. There was no hair salon. There was no baby. ”Tomorrow night”, Tom’s sister said, ”you start working the streets as a prostitute”.

Part Two - 'The Slaves on Our Streets'

There are roads in Europe where African slaves are forced to wander, day and night, under scorching sun and pouring rain. They must wear as little clothing as possible, to look appealing to potential buyers despite their plight. Their bodies often bear scars from the voodoo initiation rites locking them down in invisible chains. Entire villages in Nigeria have been emptied of women. It can take two years of travel to reach Europe, says a social worker at the Italian NGO On the Road. "The girls are forced to walk through the desert. Those who survive the desert can take the boat from Tunisia. And those who survive that journey will arrive in Italy."

Stripped of their human value, they become commodities, wrapped in cheap, shiny attire like pieces of candy, strewn along the road to be picked up and used by white men for the price of a fast-food meal. The going rate for Nigerian women in Italy is as little as 10-15 euro per ”service”.

Lilian Solomon from Nigeria was suffering from the final stages of cancer when she was forced to walk the Bonifica, a road on the border between the two East Italian coastal regions Abruzzo and Marche. Driving along the Bonifica with On the Road’s outreach workers, there’s a noticeable ethnic division between the prostitutes. The Eastern European girls are heartbreakingly young and pretty. They are able to charge the most and have a steady stream of expensive family cars pulling up. They never crack a smile. Black women are worth the least. They’re positioned outside the factories and can rarely afford to turn down a blue-collar client, even if dirty or drunk.

It’s strange observing them like animals in a zoo, but social workers say contact with outsiders will endanger the constantly surveilled girls’ lives. We drive past a pregnant young woman from Romania, her protruding belly enhanced by tight clothing. The customers don’t mind that she’s pregnant? On the contrary, says On the Road’s Alexandra, who’s been taking this particular girl to her medical check-ups. "They want to try something different. It’s exciting."

Kajsa Wahlberg, Swedish National Rapporteur on Human Trafficking, reveals that pregnant women were highly sought after in Scandinavia a year or so ago: "the women made sure to get pregnant and were able to charge triple the amount. In the end, they would give birth to their babies and place them in orphanages."

Lisa Bjurwald is a Swedish journalist and author based in Stockholm. 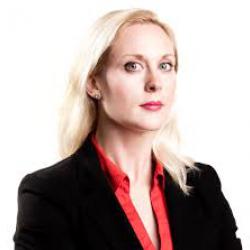 Maik Baumgärtner is a German journalist and author based in Berlin. 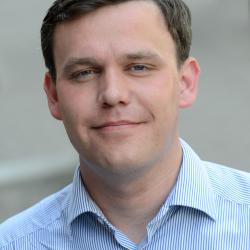 Direct Train from Nepal to Europe