With this project regional television broadcaster RINGtv aims to get young people more involved in politics and vice versa.

The project in a nutshell

RINGtv's goals for the project

RINGtv is the regional television broadcaster for the Halle-Vilvoorde region. From the 40 secondary schools in the broadcasting region, it selected seven classes to participate in the News Noses project.

With this project, RINGtv wanted to get young people more involved in politics. After all, these teenagers in their fifth and sixth year of secondary education will soon also be able to vote. What’s more, the project aimed to introduce them to the world of journalism.

More than 150 students from various disciplines (ASO, TSO and BSO) participated in the News Noses competition.

After the 2019 edition, which was supported by the FJF, RINGtv decided to develop a new edition of News Noses in 2020. Again, with young people and journalism as its primary focus.

Seven young people from the RINGtv region who were studying or doing an internship abroad became “foreign correspondents” for RINGtv. They reported on a variety of topics, including on the abrupt end of their adventure due to the Corona crisis. 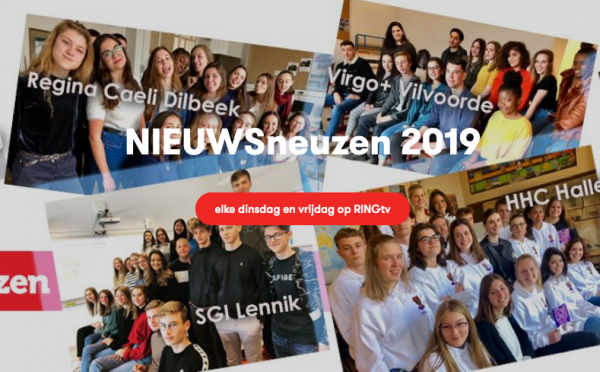