Vlad Odobescu is a freelance feature writer, a member of the Romanian Centre for Investigative Journalism, and he was a correspondent for Associated Reporters Abroad, a media network based in Berlin, Germany.

Between October and December 2015, he worked with the Institute for Human Sciences (IWM) in Vienna, Austria, as a Milena Jesenska Fellow. Between August 2014 and April 2015, he was a visiting fellow for the Hubert H. Humphrey Fellowship in Journalism at the Walter Cronkite School of Journalism and Mass Communication (ASU) in Phoenix, Arizona. His experience ranges from Evenimentul zilei, a prominent Romanian newspaper to working as a former editor of Yahoo! News Romania. Between January and March 2013, he was a reporter-in-residence with The New England Center for Investigative Reporting (NECIR) in Boston.

Obodescu has won multiple awards and fellowships, including the first prize of the Balkan Fellowship for Journalistic Excellence in 2013, the prize for best feature writing awarded by the Romanian Press Club in 2012 and the “European Reporter 2011,” a competition organised by The Representation of the European Commission in Romania. 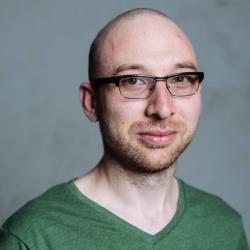